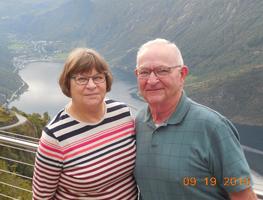 ​Germany was the first country to invite American social workers and youth leaders, a group of eight in 1958. It was a requirement to have some knowledge of the German language in order to participate and Norma could speak German. She recalls that others in her group took German language crash courses to participate in the program.

Programs were not as specific as they are today. Norma stated that most of the group members had day assignments. She felt that they were pioneers in a study with youth leaders and social workers in a different culture. The goal was to share information and learn about others and this would help in understanding and appreciating one another.
When speaking with Norma about her experience in the German program, her comments were much the same as they are today.

“The 1956-57 German participants went above and beyond to mentor us and meet our needs. We were a close group and really developed lasting friendships and relationships. Cultural knowledge and mutual respect is very important as well,” stated Norma. This premise is also well aligned with Henry Ollendorff’s vision of world  peace.

Norma and her husband, Ray Smalley, continue to support CIP/CIF for more than 60 years with very fond memories.

Norma Schroeder was a junior at Ohio University in Athens, Ohio, when Henry Ollendorff came to tell her about CIP reverse program to Germany.

At that time the organization, CIP, was called the Cleveland International Program for Social Workers and Youth Leaders. Norma was familiar with CIP through her summer work as a camp counselor, where some early participants were assigned as counselors.

The initial year 1956, brought 25 social workers and youth leaders from Germany to Cleveland. By 1957 there were eight European countries and 50 participants. As the program grew it was necessary to bring in other cities for placement purposes, such as Columbus and Indianapolis, to name a couple. CIP soon became the Council of International Programs, recalls Norma.